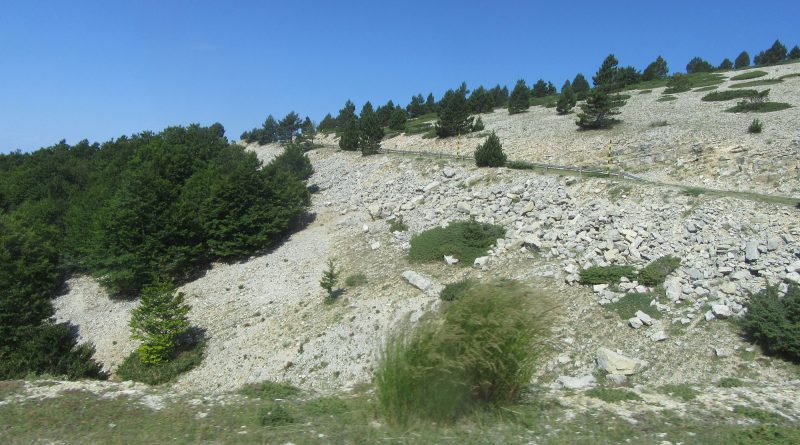 The approach from Sault is the easiest one. You get over 25 km to gain 1152 altitude meters. That is fair and achievable by most. Don’t forget however that you will need to climb the last 6 kilometers, identical to the Mont Ventoux side. These are by far the most difficult ones from Sault, especially the last part.

The nice thing about this climb is that it starts with… a descent. Sounds strange but the D164 just outside Sault first makes a dive of 65 altitude meters into the country land. Of course, you have to make up for that, so the real altitude gain is 1217 meter instead of 1152! But don’t worry, before you reach the Chalet Renard, the climb never gets really hard. Not even one yellow (7%) kilometer zone.

In the first kilometers, you never get the impression to climb the Mont Ventoux. In fact, after the descent from Sault you lose sight of the top and you won’t see till just before the Chalet. From kilometer 6 to 10, the climb gets tougher, sometimes reaching 8-9%, but just for a short while. After km 12, you reach a plateau. Close to the Col de la Frache, the climb flattens to an invisible 1%. Seems like descending…

All of a sudden, just after a right turn, you can see the top in fornt of you. Down to your left, a street climbs up. It’s the road coming from Bédoin. A bit later both roads join eachother and in front of you lies the Chalet Renard. You finished the first part; you reached the moon landscape.

There are only 6 kilometers left to the top now but for you, these are the most difficult ones. So, if needed, take a break in the chalet. The first four of them are still fairly easy, but the last 2 km will show you the real face of the Mont Ventoux. You may think about your fellow climbers from Bédoin. They did already 9 kilometer like this. And if you’re unlucky, you may also have to conquer the wind which may blow without pity here. FInally, you reach the top. Don’t worry about those that tell you this was just the sissy side. You can tell everybody that you climbed the Mont Ventoux and ignorant people won’t bother to ask you from which side that was. 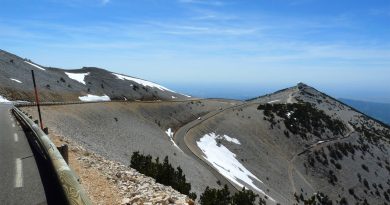 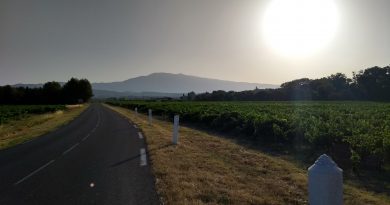 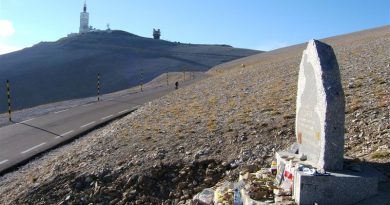 Weather on top of the Mont Ventoux

Sponsor of the Mont Ventoux